On June 20 – 21 the first ever PX4 Developer Summit took place at ETH Zurich. The event was a major gathering in the drone industry with more than 200 developers, researchers, and technical key opinion leaders joining from all over the world. The goal of the event was to meet and learn from the core contributors to PX4 and ROS, the largest open source drone and robotics communities.
The 2-day event featured 19 sessions on technical topics that will define the roadmap of PX4 and influence the future of the industry. These included obstacle avoidance, safe landing, integration with ROS, flight control standards, open SDK, integration into UTM, and many more. Auterion, the largest contributor to PX4, was present at the event with multiple speakers. Below are some of the highlights.
View all the presentations of the PX4 DevSummit 2019

The recent advancements in computer vision over numerous opportunities to safely navigating vehicles with PX4 in real-world environments. In her presentation, Martina outlined Auterion’s and Yuneec’s recent contributions to PX4, which enable obstacle avoidance in missions, prevent collisions when flying manually, and automatically find a safe landing spot. In particular, the talk concentrated on the current state of the PX4 interfaces to integrate with offboard computer vision systems, and how developers can use them within Flight Tasks to create a seamless and safer end-user experience.
This was followed by a lively discussion of future interface improvements.
Download the presentation slides

This session gave an overview of MAVSDK (recently renamed from “DronecodeSDK”), its design, current features, and roadmap. More specifically, it explained how the SDK is built to supporting all drones using the MAVLink interface by providing an easy way to extend its features and supported languages. Live demos followed, showing how to install and run MAVSDK both from Python and C++. The session was suitable for any potential contributor or adopter interested in writing high-level applications for drones with the PX4 autopilot, but don’t want to dig into low-level code.
Download the presentation slides

Lorenz Meier, creator of Pixhawk and PX4 and Auterion Co-founder

The session covered the history of the Pixhawk hardware standard development since 2011 and gave an outlook on what the next generation could look like. Today, the industry has higher expectations in terms of additional protections and failsafe and the upcoming reference designs address this. The three design highlights of the upcoming standard are 1) The Pixhawk autopilot-on-module bus standard, 2) The Pixhawk Autopilot bus for gimbal connectors and 3) the return of a complete reference design to avoid fragmentation of the ecosystem.
Download the presentation slides

This presentation covered three somewhat hidden tricks for development in PX4 SITL that you might not have come across. It consisted of some background information as well as live demos of:

Roman presented the work around VTOL that happened during the past year. He described the rate controller architecture change, the weathervane feature, and the tailsitter transition improvements (Xvert). He concluded by explaining how the airspeed fault detection works (support of multiple airspeed sensors, airspeed module which detects airspeed faults and generates a “best” airspeed estimate to be used by controllers).
Download the presentation slides

The Frontier of Computer Vision

Julian’s presentation bought an update to the current status of computer vision in the drone industry, and where PX4 stands in terms of capabilities and functionality. He presented several efforts of the community which could be added to the core PX4 capabilities. Lorenz facilitated an open discussion with the audience to gauge the current level and adoption of computer vision, from computer hardware to software, sensors to use cases.

“Show, don’t tell!” is what we often hear. During the reception, both Auterion and Verity Studio, a Zurich-based drone company, demonstrated their capabilities to the large crowd of conference participants and the public in front of the ETH main building, right downtown Zurich. The Auterion flight team demonstrated the safe landing feature with a 3-meter wingspan VTOL drone. Before landing, the drone scans the environment for an even landing space clear of obstacles and automatically performs the landing.

There’s no better way to celebrate a new software release than with a release cake! Lorenz Meier and Ramon Roche, Program Manager at Dronecode had the honor to cut it first. 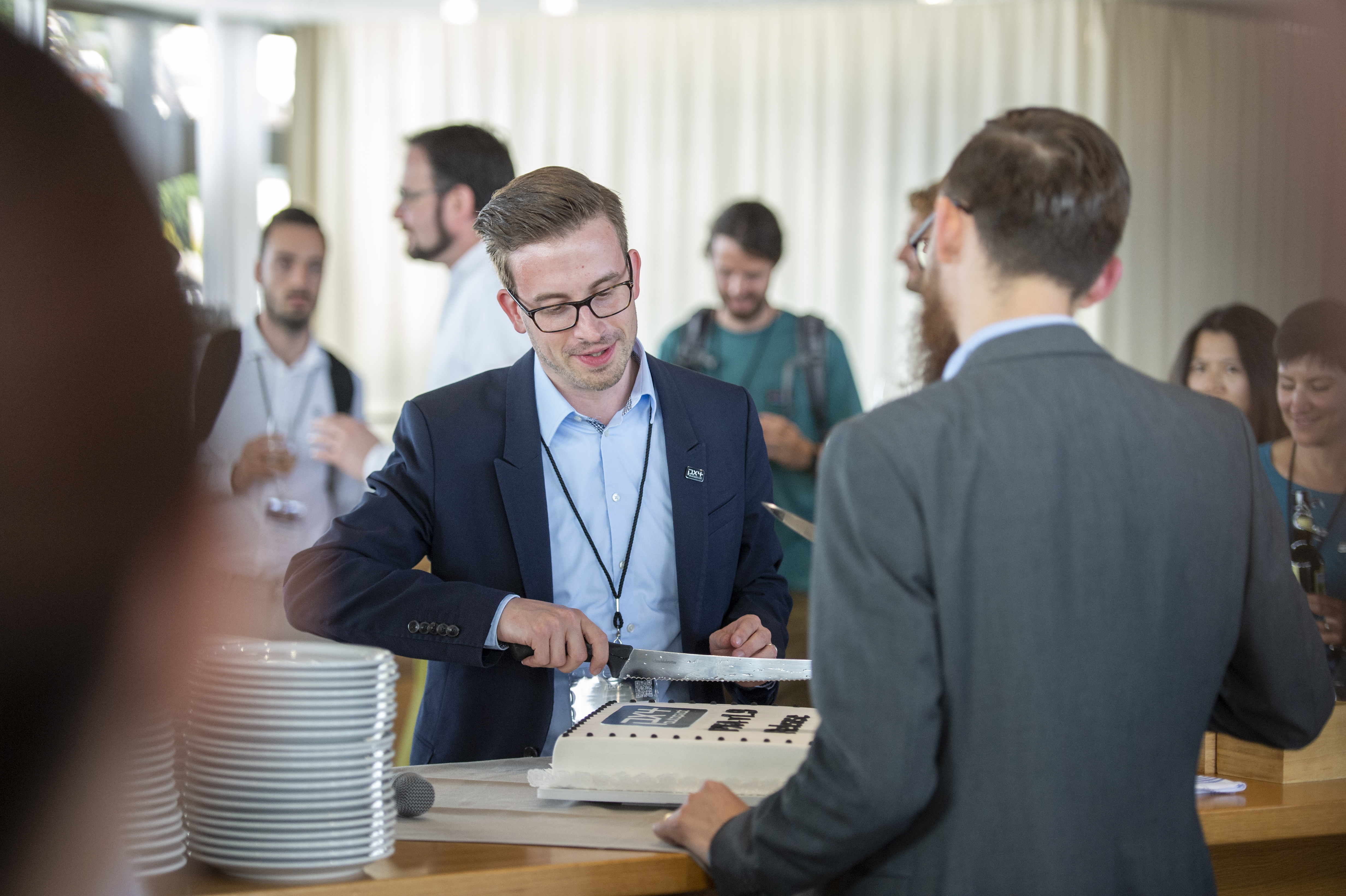 Where to get started

The PX4 community is moving fast but new developers are always than welcome! Below are links to the documentation, the forum, and the Slack channel, the main communication channel in the PX4 developer community. As the main contributor, you will see the Auterion team is very engaged with the community. You are welcome to address questions or simply get in touch!
https://px4.io
https://slack.px4.io/
http://discuss.px4.io/ 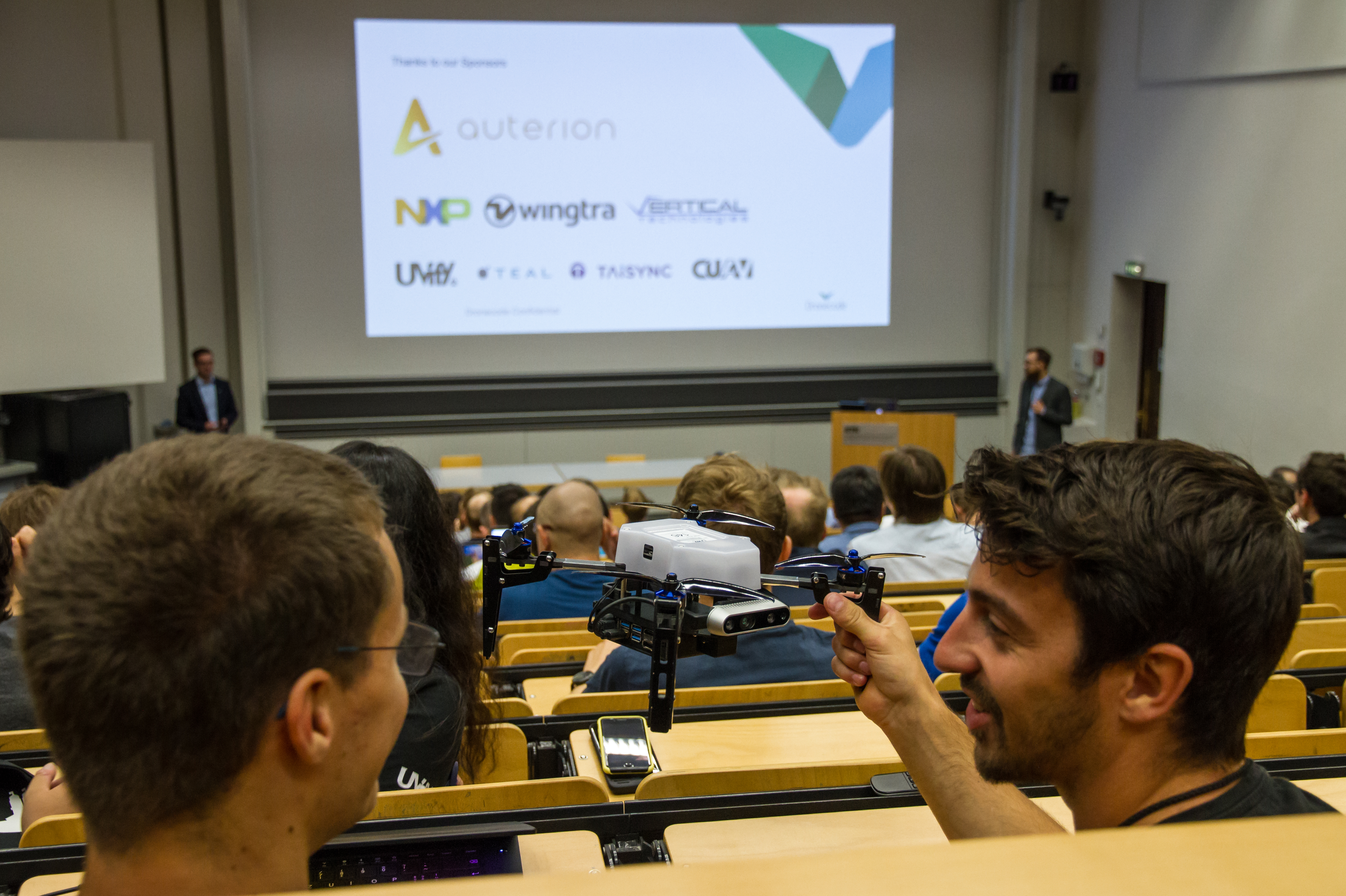 We hope you enjoyed the first PX4 DevSummit and we hope to see you again on slack or during next year’s summit in 2020.