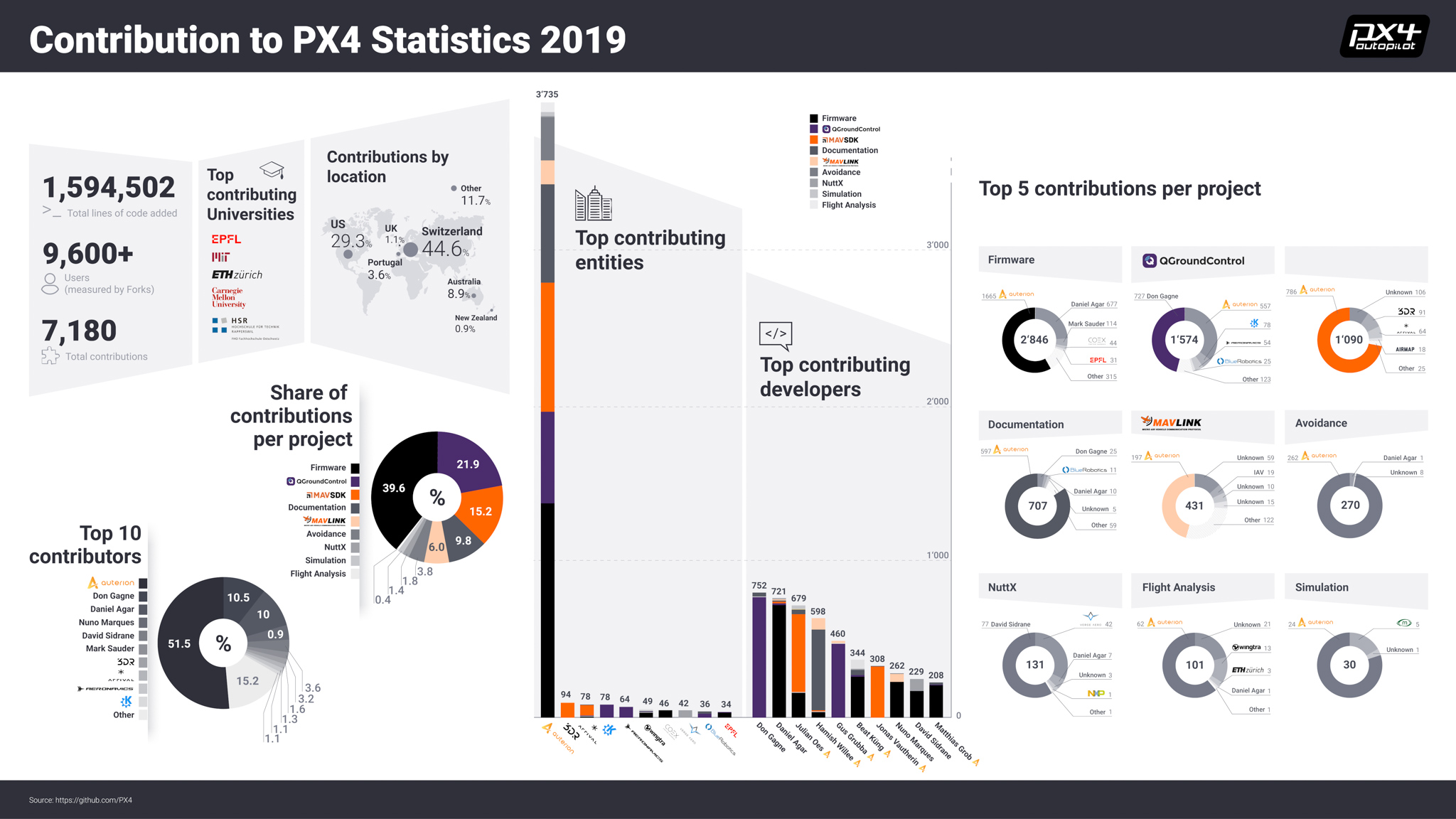 2019 has been a great year for the PX4 ecosystem. Since the founding of PX4 in 2011 by our co-founder Lorenz Meier, the software stack has continually evolved and is now the most widely used open-source flight control system for drones with a permissive software license. The community grew to over 600 contributors and over 9,600 users and added a staggering 1.5 million lines of code in 2019.

Auterion, with over 51% of contributions is leading the charge in the progress of PX4. Most of our contributions resulted from an ongoing deep collaboration with the community and users of the software. As we work and engage with our customers that have products in the market we understand how the technology is used and how it performs in the field. This allows us to develop software that is tested and future proof.

Since more than half the improvements of 2019 came from us, we know the code by heart. Our customers benefit from the deep knowledge of our experienced team (many Auterion engineers are among the top contributors and key maintainers of the open source projects). Our team addressed improvements on all levels, from small issues up to large architectural questions, all to the benefit of the community and to our customers.

Our goals for 2020 are to further grow and support the ecosystem. We foster adoption and discussion so that the industry can align around common open standards as communication protocols, payload, component, and services integrations.

The community made a total of 7,180 contributions and added a staggering 1.5 million lines of code. Comparing the participation rankings from 2019 to 2018, we made the following observations:

The data source to compile the contributions statistics is the PX4 Github domain (https://github.com/PX4). Contributors were mapped to the respective companies based on their email address. Developers with a non-company email address were added to the “unaffiliated” pool.